FX’s “Justified” now has a poster to represent its upcoming fifth season.

The image shows Raylan Givens, played by Timothy Olyphant, holding his noteworthy hat and looking downward. More interestingly in the shot is a crow sitting on the branch in the background. Actress Erica Tazel hinted in an interview that there will be a lot of “Crowes” this season. 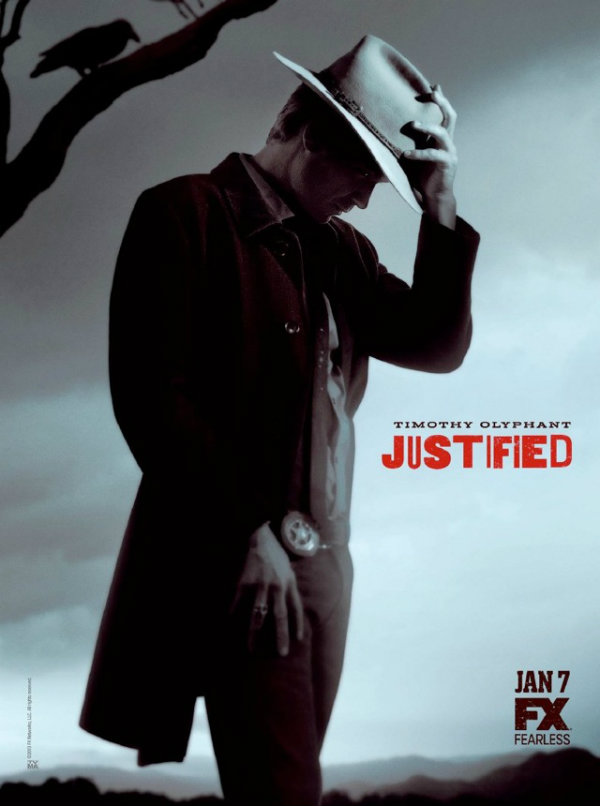 “There will be a lot of Crowes this season”

Short teasers and promo trailers precede this upcoming season. One shows a crow stepping on the hat iconic to the series and flying away leaving its bloody tracks behind on the brim. The promos are simple, quick cuts from the show giving us a hint of what situations Raylan and others will get themselves into.

We see more signature characters from show’s past return with no surprise. Boyd and Ava Crowder, Art Mullen and even Dewey Crowe all can be seen in the promos. Also returning is Jere Burns (Wynn Duffy) who has been promoted to a series regular for season 5. Season 5 of the drama premieres Tuesday, Jan. 7, 2014 at 10pm ET/PT on FX.