Images and specs for the not yet announced Samsung Galaxy NotePRO 12.2 and the Samsung Galaxy TabPRO 12.2 have leaked. Images were also spotted on CES billboard ahead of Samsung’s conference.

According to evleaks, the specs for the two devices are identical. Both feature a Snapdragon 800 2.3GHz x 4 processor in the LTE model and an Exynos 5 Octa chip in the Wi-Fi/3G model, 3GB of RAM and either 32GB or 64GB of storage. Each tablet contains a 9500mAh battery, both are equipped with an 8MP rear camera and a 2MP front facing and both run on KitKat which is presented on WQXGA resolution (2560×1600), 12.2-inch screens. The only difference between these two devices is that the NotePRO 12.2 uses Samsung’s S Pen.

SAMSUNG’S GOING TO THE NEXT LEVEL: PRO

What is notable is the new, and quite fresh UI the device in the image presents. It seems like Samsung is adopting a new card UI, similar to Windows 8 or even a multi-columned Google Now. What can be seen from the image is a section for weather, photos, music and even Samsung’s Knox app. Whether this is a home screen or just an overlay of some sort, similar to the HTC One’s BlinkFeed, has yet to be seen. 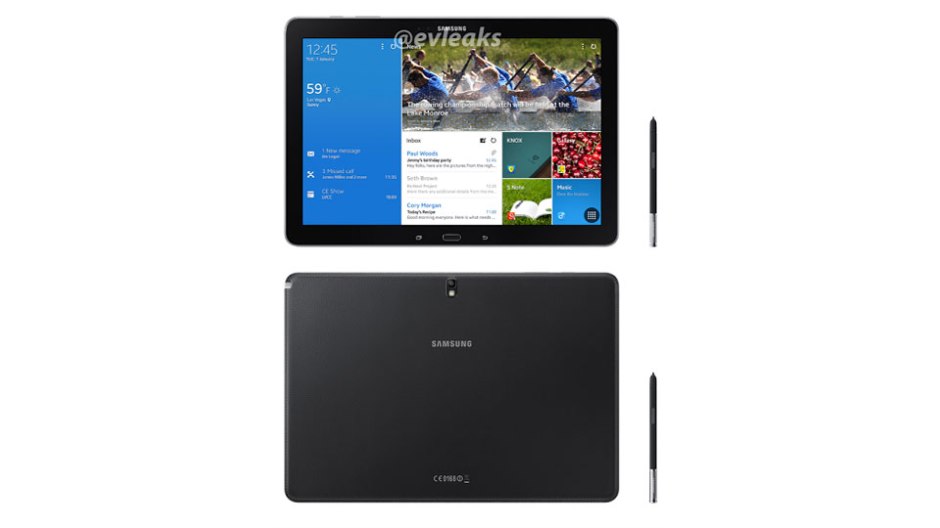 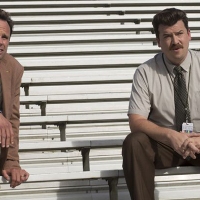