“Brooklyn Nine-Nine” shows that it isn’t afraid to take a bit of a serialized pattern with itself. With plot points resurfacing this episode, it made for a great half-hour of laughter.

I’m glad to see the show go flat out to resolve the ongoing competition between Peralta and Santiago. It was a run-on concept that had gotten forgotten in the last episode or two, so it was nice to see it not only brought back, but used as a main thread of the story to follow. One of my favorite elements of this show is how well the timing and chemistry between the characters are used. The little moments with Boyle explaining how Jake’s car is his superpower and that the wager was too extreme, to moments with Hitchcock openly admitting that he does nothing all day, and more than that, would like a buddy to hang out with. There was so much possibility for this show to fail, and I’m glad to see Andy Samberg and the rest of the cast take this opportunity seriously.

It’s nice how the show doesn’t forget that it’s also a cop show with real consequences. Sure, Boyle was hurt in a comical way, and his “truth bombs” were hilarious throughout the show, but at the core of it, Boyle took a bullet for a fellow officer and was awarded the Medal of Valor, which is a huge deal believe it or not.

But how about the dance party celebration when Peralta win’s the bet? This is the kind of show that makes you hate the people you work with and wish you worked with these guys. Shows like this succeed for that very reason, because they make you wish you were a part of it, which “Brooklyn Nine-Nine” does very well. 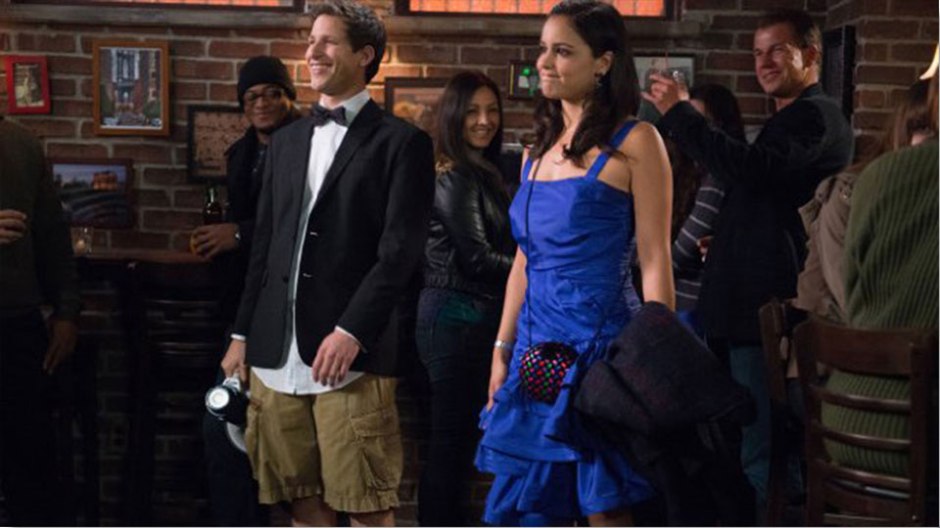 Every episode hones in on another chunk of each of the characters, and in “The Bet” we got another look at Terry Jeffords’ home life, namely his wife Sharon. This whole time it was suggested that he was the main one that was afraid to go back to the field, but I never bothered to consider that would be the same lie he would be telling his family at home.

The show is full of great lines. “I don’t know how Batman does it, it’s super scary up her,” “I’m sad you’re arresting me, but I gotta say, I’m happy you’re back together” and “… Give me some nuts, I’m snacky” are just a taste of what you’re missing if you’ve never watched this show. If the lines don’t do it for you, then you are a broken person and need to talk to Boyle so he can slip you a few lines of truth about what you’re doing wrong with your life.

As much fun as it was to watch Peralta plan out this entire “worst date ever” and make Santiago go through all of it, it was expected, but good to see him make the power move we all knew he was going to make. I hope they hold off on getting them together for a while longer, because if there’s this weird Peralta/Santiago Rosa/Boyle love fest, the show might lose some of the awesome novelty it has. 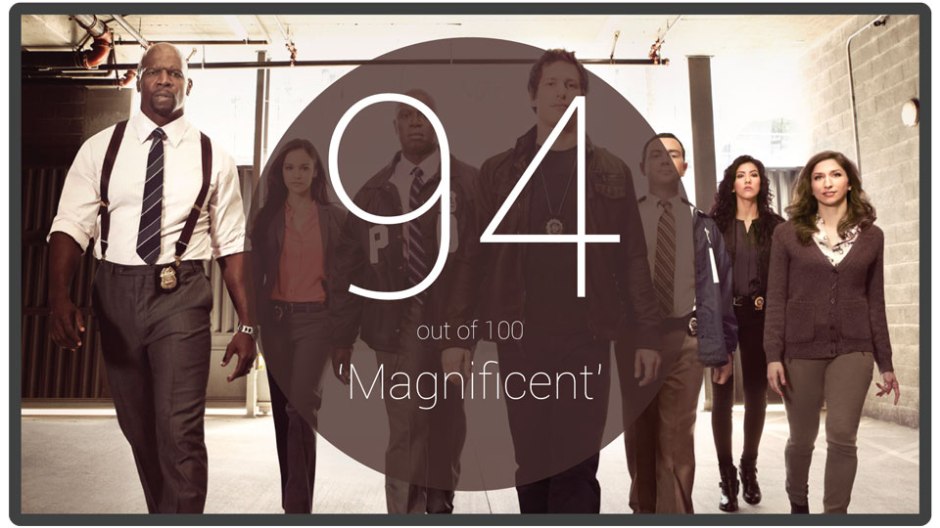