Pierce leaves the study group with some interesting gifts, one of which sets up the exit of Donald Glover’s character, Troy.

Note: This is a SPOILER FREE review.

Now this is what I’m talking about. After a strong debut and a solid third episode, “Community” has delivered an instant classic with “Cooperative Polygraphy.” Leading in from the previous episode’s reveal that Chevy Chase’s character, Pierce Hawthorne, has died, “Polygraphy” sees the group approached by his lawyer, Mr. Stone, played by guest star Walton Goggins of “Justified.” Stone says that the group must undertake a series of questions while hooked up to a lie detector in order to receive anything they were entitled to in Pierces’ will. This setup worked really well, as it not only worked Pierce back into the mix without having him present, but it gave the characters and the dialogue an opportunity to shine.

And man, did the dialogue shine. Pierces’ questions, each revealing a group member’s secret, allowed the characters to play off of each other well, with the group quickly turning on one another and delivering some great quips. Every member of the cast was on their A-game this week, with Abed, Jeff and Troy getting some good moments. The standout, however, had to be Yvette Nicole Brown’s Shirley, who nailed the delivery of lines like “Sometimes I can be passive-aggressive. … WELL DON’T ALL AGREE AT ONCE!” Walton Goggins’ Mr. Stone also deserves mention, as he delivered Pierces’ questions perfectly, using the exact speech patterns and pronunciations of Pierce, but in a stern, cold way. Hearing Abed’s name once again mispronounced as “A-Bed” really made it feel like Pierce was right back in the study room despite Chevy Chase’s absence. 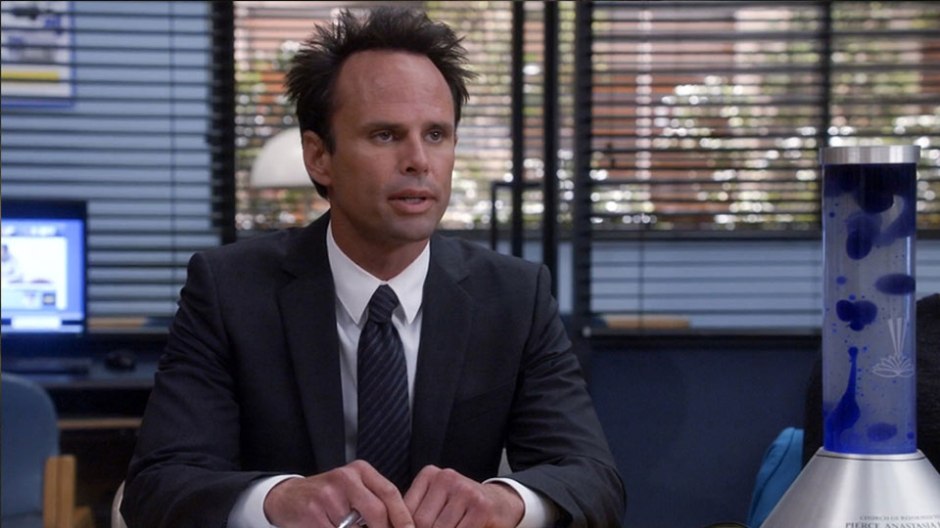 All of these character moments led to a great third act where Pierce’s revealing questions ended, and he began giving the group members gifts along with a few words that describe what he felt was great about them. This led to some excellent moments, and the ending also happened to reveal how Troy will be exiting the show after next week’s episode. Now, I have heaped praise on the episode in this review, but the one gripe I have is that, story-wise, the gift Troy receives doesn’t make total sense given the nature of their friendship. Had the two characters been closer friends, then it would have been easier to buy it as something Pierce would do for him. That said, the gift itself is so perfect and fitting for Troy as a character that it’s really more of a nitpick at best.

Taken as a whole, this episode fired on all cylinders. It managed to give some closure to the character of Pierce Hawthorne while moving the other characters forward, especially Troy. It’s the type of character-driven storytelling that makes “Community” one of the most hilarious and engaging shows on television. It’s that mix of humor and heart that makes this episode not just this seasons best so far, but one of the best episodes of “Community” overall.