An old friend returns to bring the boys a case involving a young runaway and a ravenous family.

Well, that wasn’t the episode I was expecting. After last week’s offering gave us some much needed momentum in the season’s overall arc, this week’s “Alex Annie Alexis Ann” slowed things down to a crawl. Gone were Castiel, Crowley and any mention of angels and demons, and in were a one note family of vampires and a slightly interesting, mysterious runaway girl. This review may be a little bit shorter than usual because there’s honestly not very much to talk about.

Let’s start with what actually worked this week! Sheriff Jody Mills returned to get the brothers on the case, and she actually got the best moments. “Supernatural” is notorious for killing off basically any and all female characters connected to the Winchesters so for Jody to have survived this long is a pretty big achievement. After the horrible events that befell her family around the time of her first appearance on the show, Jody became a bit more proactive on the hunting scene. We see just how far she has come here as she manages to take down a vamp on her own right at the start of the episode. Not a bad way to make an entrance!

Over the course of the episode, Jody formed a bond with the titular Alex/Annie/Alexis/Ann. This bond lead to some strong moments for Jody, as she was reminded of her own late son and strived to make sure this young girl wouldn’t meet the same fate. These were all moving moments for Jody, and she also got to be a complete badass as she got the hell beaten out of her a couple of times, only to come back at the end and take out the “momma” vampire.

Unfortunately, there wasn’t a whole lot else to love in the episode. First of all, the timing of the episode could hardly have been any worse. There are four episodes left before the end of the season, and with next week’s episode acting as a backdoor pilot for the spin-off show, this doesn’t seem to be the time for a completely random installment. Surely the backdoor pilot could have been aired here, allowing the final stretch of episodes to be spread over four instead of three? I hope I’m wrong about this but it actually felt like this was an old idea for an episode that never got made, and the writers just decided to revive it and stick it in here as filler with a tiny little nod to the Mark of Cain shoehorned in. I could be completely way off the mark here but that’s honestly what this episode felt like to me.

There were also a couple of things that really didn’t click with me here. First, I don’t believe for a second that Sam and Dean would let Jody go to a fricking cabin in the woods with a girl that a pack of vampires are hunting! They even mentioned how they were master trackers, so why wouldn’t they just stay with her and wait for the vamps to come to them? Also, I know they’ve gotten a lot better at killing things that go bump in the night over the years, but can a vampire really be knocked out by a single blow of a shovel? This may be complete nit-picking on my part, but I love the show and these kind of things seemed to be sticking out like a sore thumb all throughout the episode. 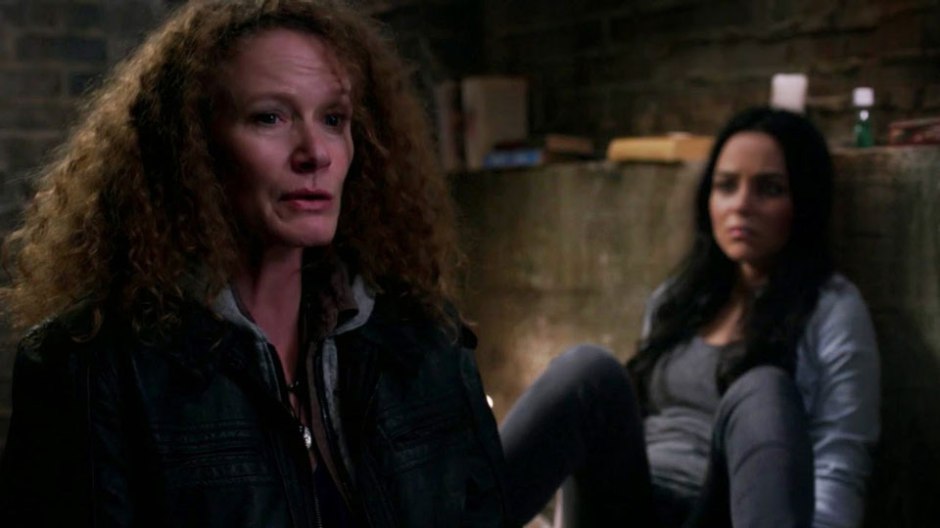 So unfortunately this was “Supernatural” at its dullest. I know just how good it can be, even with its filler episodes, and it just didn’t work this week. While we had some great Jody moments, everything else will likely be quickly forgotten. Hopefully next week’s episode lays a solid foundation for the proposed spin-off, and that the writers have something special planned for us going into Season 9’s end game.