Common teams up with super producer No I.D. for his tenth solo album, ‘Nobody’s Smiling.’

Known as one of the most successful and diverse conscious emcees around, Common continues to provide that same knowledge with Nobody’s Smiling, but this time around he also provides an edge.

This record intentionally begins and ends with Cocaine 80’s (James Fauntleroy) voice, on both “The Neighborhood” and “Young Hearts Run Free.” One, which represents Chicago struggles with a reserved approach, and the latter showing a come up and a sense of contentment. Common is a storyteller; he provides visuals, bringing his music to life, especially on “Rewind That,” an ode to the late and legendary hip-hop producer J Dilla.

No I.D., Nobody’s Smiling’s sole producer, and a very frequent force in Common’s discography, amazingly portrayed the concept’s vision. He looped Biggie on “Speak My Piece” for the hook, and orchestrated “Out On Bond” ft. Vince Staples and “7 Deadly Sins” distortion.

Aside from the disappointing reference to “thots” on “Nobody’s Smiling,” Common is a literal lyricist who takes his time with his flow, he wants his listeners to really listen to the words as well as to the dope beats. He’s entertaining with his wordplay but you never have to make assumptions, it’s very clear. What’s most inspiring about this project is him opening the platform for up and coming Chicagoans like Lil Herb and Dreezy on “Hustle Harder” to shine, as well as collaborating with Jhene Aiko on “Blak Majik” and past label mate Big Sean on “Diamonds.”

With Nobody’s Smiling, Common is gunning for his respect, and if the people won’t give it to him, he’s taking it. 20 plus years later and his immense hunger is still present and he’s pushing the envelope until the last shall be first.

Does Common stick to his Chicago roots? Is he still a “conscious” rapper?  Let us know in the comments below. 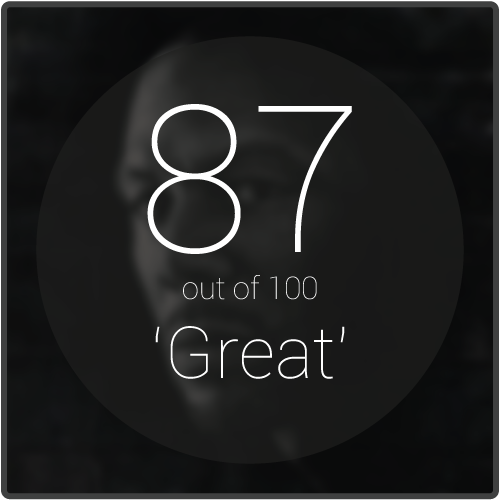 Kendra Allen is a music writer at YouNerded.com. So of course I like books and music and thangs. I also like cereal. You can find me @happyisfeet on Twitter and Tumblr.