The full extent of Dean’s descent is revealed as Sam faces the shocking reality of his brother’s condition.

“DEATH IS YOUR DRUG.”

If last week’s “Deanmon” hadn’t convinced you that this was a completely different Dean to the one we know and love, the words “It’s just a car” will have surely shaken you to your core. The Impala has been with us virtually every step of Supernatural’s incredible run, and we’ve laughed at how much Dean has obsessed over his “baby.” Hearing him dismiss it so casually was nearly as startling as his actions throughout the rest of the episode.

In last week’s episode, Dean wasn’t a whole lot different than usual. He was certainly a little colder and bloodthirsty, but everything else was just Dean’s regular behavior turned up a few notches. This week gave us our first real taste of how nasty “Deanmon” can be, and it was simply brilliant. Jensen Ackles absolutely owns the role of Dean at this stage, and he seems to relish every chance he gets to change up the role. This is the most radical change up we’ve seen on the show, even more so than “Soulless Sam” back in Season 6. While that Sam definitely had questionable methods, he wasn’t a bloodthirsty killer. Dean full on murdered a guy this week. The guy may have been a scumbag who sold his soul to have his cheating wife killed, but Dean stabbing him in the chest was a massive moment.

This moment also seemingly led to the breakup of Crowley and Dean’s wonderful bromance. I was a little disappointed to see it end so quickly as there was potential for major laughs, but the drama we got in its place more than made up for it. Watching Dean knock the King of Hell flat on his ass was both funny and an effective way of showing that Dean can’t easily be messed with. This in turn led to Crowley revealing Dean’s location to Sam, meaning we got an unexpectedly quick Winchester reunion. The scene in the bar between Sam and Dean was intense as hell. Sam tried to rely on the patented Winchester brotherly love to get through to Dean but he’s just too far gone at this stage. If Cole hadn’t interrupted proceedings then, I don’t think Sam would have left that bar alive. 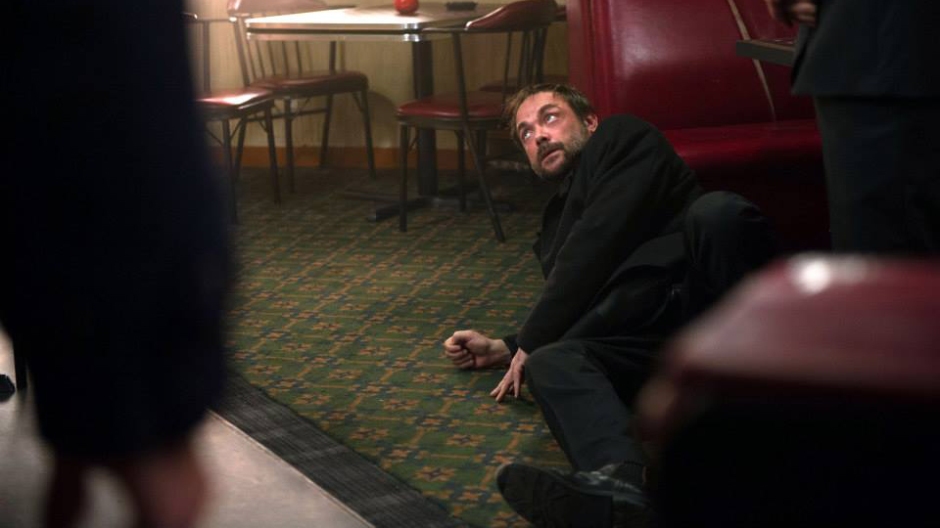 Cole, Sam’s new friend from last week, revealed a good chunk of his backstory. It turns out that many years ago, Dean killed his father. Now of course Dean wasn’t a bloodthirsty killer back then, so Cole’s father was more than likely some sort of nefarious creature that had to be put down. It’s a pretty interesting direction to take things, but Cole isn’t really standing out to me yet. His quest for vengeance against Dean is a good angle, but so far he has been a one-note, rage-filled character. His climactic fight with Dean was great though, as he got his first look at supernatural forces while we got to see the scary side of Dean. In the end, he lived to fight another day, and if his trip to the library is any indication, he may be taking up the Winchester family business sometime soon.

On the angel side of things, Castiel continued deteriorating this week. His condition has worsened to the point where he can’t even heal himself anymore. Watching Cas interact with humans has been one of the high points of the series over the years, and he had a couple of great moments again this week, especially with the little girl and her snots. Hannah is as cold as Castiel was when we first met him, so watching her viewpoints change while she spends time with him shall be good to watch. She already made a move right out of Castiel’s playbook when she tried to bargain with Metatron. I’m not sure if something romantic could be in the cards between them, but she cares about Castiel enough to almost release Metatron in return for Cas’ grace. I’m not sure how I feel about Metatron remaining a presence on the show. I felt that he was an effective villain at times, but after dealing with him for a whole season, I feel he’d be better off left on ice for a while.

By far the most chilling thing to take away from this week’s episode was Dean’s reason for sparing Cole. Instead of doing it out of pity, he did it so Cole would have to live the rest of his life knowing that he just couldn’t beat him. This is the kind of behavior I want to see from Dean this season, no matter how hard it may be to watch. By the end of the episode, Sam had Dean locked up in the binding handcuffs and Crowley was in possession of the first blade. I would have preferred it if Dean was still free to wreak more havoc for a little while longer, but something tells me Sam won’t have an easy time with Dean back at the bunker.

Did Sam capture Dean too easily? A splash of holy water and the binding handcuffs seemed to easily subdue him, but could it all be a ruse? Show us where your “Deanmons” hide in the comments below. 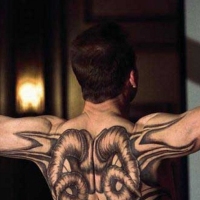