‘Overwatch’ is the most fun I’ve had playing a shooter since ‘Halo 3,’ but it’s not without own flaws.

Blizzard’s first foray into the FPS/team shooter market has been met with great critical reception and boasts some seven million unique users. I think it’s safe to say that Overwatch is successful, and more importantly, it’s damn fun. I’ve already logged 25 hours in its virtual battlefields. For the most part I’m enjoying every facet of the game—the progression, the loot boxes, the game types and hero selections—but that doesn’t mean there aren’t things to tweak. After all, this is Blizzard we are talking about. They’ve shown a propensity for churning out gaming gold from their studios, but that level of consistency demands a level of polish to accompany it.

Here are four ways that I think Overwatch could improve, going from a damn good game to a phenomenal one.

The coolest thing about Overwatch is hands down the heroes you get to play as. Right now, Blizzard has a selection of over 20 to choose from, each with their own set of distinct abilities, emotes, voice lines and skins. However, one thing these characters are truly missing is more explanation of where they came from. I know what you’re thinking, “Overwatch is a multiplayer only game, how could they work in stories for all of their characters?” Well in reality it wouldn’t be that hard. If you look at a game like League of Legends—a multiplayer only game with over 120 unique heroes—there is lore aplenty. Riot handles this by creating a page for each hero that can be viewed from the hero gallery. If that’s too complicated, I would even love to see some sort of optional short cinematic introduction for each of the heroes as a way of introducing the player to their involvement with Overwatch. Put simply, the heroes are the coolest part of Overwatch, and without some more information about them coming soon, they will quickly become forgettable strategy archetypes (Tank, Medic, Aggro, etc.).

It seems strange to me that the only cinematic that ships with Overwatch is the brief one at the game’s start. Blizzard did release four shorter animated videos that were meant to introduce players to some of their characters, but that is simply not enough. It’s one thing to be solely multiplayer, it’s another entirely to forgo any sort of in-game cinematics. Part of this issue may stem from the fact that Blizzard didn’t intend for the game to have much of a story (similar to Unreal Tournament and Quake), and instead saw the game as a competitive arena. That’s all well and good in theory, but in reality, Blizzard had a great opportunity to do a different kind of storytelling and they didn’t do much with it. Wouldn’t it have been cool to unlock short story cinematics after every 10 levels in the progression system? Or how about every 25 levels? There are already trophies and achievements attached to reaching levels 10, 25 and 50, so why not make these milestones even more impactful by unlocking a cinematic at each point? This would have allowed for more world building and character exploration without having cinematics awkwardly getting in the way of multiplayer action. And let’s be honest, Blizzard has some of the best cinematics in the business.

Similar to Hearthstone, another wildly successful Blizzard game, Overwatch has a rewards system that gifts the player an assortment of cosmetic items each time they level up. These items come in the form of a four-item loot box, with some items assigned to a hero that may not be your primary choice. One possible way to fix this is to allow for trading between players.

Let’s say I only play Tracer and McGree and I only have skins and victory poses for Roadhog, wouldn’t it be great if I could trade those cosmetic items to a player on my friends list who could in turn trade me items for heroes I actually use?! Not possible? How about this: allow me to breakdown the cosmetic items I’m not using for their equivalent in in-game currency. Both of these ideas would fix what I feel to be a big issue in the game: the loot categories. Given leveling up during later levels takes a considerable amount of time, it would be nice to at least get a baseline of value from the loot boxes no matter what.

Blizzard did a fantastic job of creating a diverse set of heroes and abilities for the player to use. Each hero feels like they have a distinct role and advantage in any given situation, but some heroes have advantages over others on certain maps—that’s not a problem. However, there needs to be a way for the enemy team to deal with that aside from switching heroes mid game. What I’m proposing is a banning system similar to Call of Duty and League of Legends. At the start of each game, each team of players would get to cast a vote for one hero they would like to ban from the match. This would allow for a bit more strategic depth at the start of every game as teams would be able to ban out particularly troublesome heroes depending on which map they were playing. Since hero bans would affect both teams, this wouldn’t be incredibly unfair either. It would actually minimize the number of times I have to hit my head against a wall while playing against Torbjorn on Hollywood.

Well there you have it, four ideas that I think could make Overwatch a better game than it already is. By borrowing a bit more from competitive MOBAS and recognizing that the strength of its game is in their characters, Blizzard could make some improvements that would make Overwatch truly kick ass. Now if you’ll excuse me, I have to go and perfect my Soldier 76 gameplay… after all, I’m a Halo guy at heart.

What heroes are your favorite in ‘Overwatch’? Do you think these changes would be good for the state of the game? Do you hate Torbjorn as much as I do? Tweet me @Flagcap. And be sure follow us @YouNerded.

Pikmin chasing gaming personality at YouNerded.com. You can find my videos on my YouTube channel, Flagcap Games. Happy Gaming! 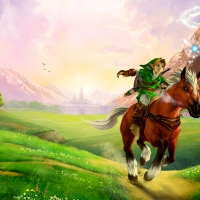