I’m a sucker for a great narrative. The creation of YouNerded was the beginning of a chapter in mine. With all that sappy stuff out the way, I’m a huge fan off all things nerd. Give me any MCU movie and I’ll give it a perfect score. TV is my drug of choice, and you can catch me overdosing on HBO on any given Sunday. My interests float comfortably between pop and nerd culture. I believe everything has a quality, and my team and I are reviewing nerd culture together (YouNerded as one). But focusing on me, again, you can follow me on Twitter @NerdDot and on Snapchat and Instagram @NerdDotMe. NO SPOILERS! 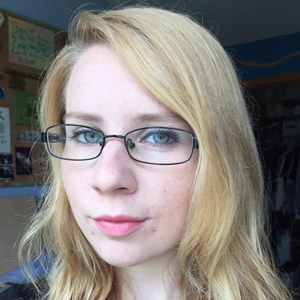 I am all about the copyediting. Add some nerd culture to that, and I am fully there (especially if it’s Star Wars!). As a graduate of the Professional Writing and Publishing program at UW-Whitewater and possessing the desire to pursue a career in copyediting, being a part of and editing for YouNerded is a wonderful experience.

I am a total geek, and I have been a fan of video games and all things fantasy since I could read. My favorite series include Assassin’s Creed, Game of Thrones, The Legend of Zelda and the MCU. My hope is to make my passion for nerd culture into a career, with my dream job as an entertainment journalist. I have been interested in writing for many years, joining YouNerded was a no-brainer. I am the main host of Geek Speak, and I also do my best to write news and video game reviews between my job and school. I now have a semi-active Twitter page too, so you all can follow me there to watch me awkwardly learn how to use Twitter. 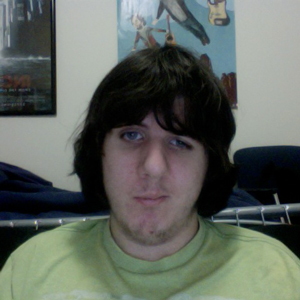 Max Mielecki is a charming young rogue living in Los Angeles and doing comedy while reviewing the nerdy arts. He enjoys televised comedy, Nintendo games, Marvel comics and speaking about himself in the third person (for biographies, at least). For further offbeat ramblings, follow his scruffy, nerd-herding adventures on Twitter. 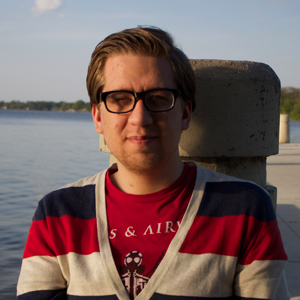 My name is Taryn Stark. I’m going to school and working on a few projects. Most of my free time is spent either reading comics, watching movies or listening to and playing music. I really enjoy the works of Brian Wood, Mark Millar and Amy Reeder, and my current favorite comic is “Evil Empire” by Max Bemis. When it comes to music, I’m usually listening to Say Anything, Foals, Arctic Monkeys and Tycho. When I’m not doing any of the aforementioned things, I’m writing my own stories, scripts and music. You can follow me on Twitter if you want to get in contact and talk about comics, music, movies and anything else!

I received my Bachelors from UCSB in Religious Studies as well as my Master’s in Religious Studies from Duke University. My work within my Master’s program focused on the interaction between religion and video games. Additionally, during my younger years I was a Halo competitor within Major League Gaming’s Pro Circuit. In the past few years I worked as an associate editor for Eyewave Games and have been working on growing my YouTube channel.