Right after the destruction of Terminus, Rick’s group rescues a priest that claims to have killed neither man nor walker.

Picking up right after the fall of Terminus, “Strangers” began with Rick and fellow survivors taking a break to grab some food and water. Some big things happened quickly, namely the conversation between Tara and Rick. That fist bump was a pretty big deal considering Tara (lead by the Governor) showed up to destroy the prison, scattering everyone in Season 4. The cool part about Rick is his justification, saying “That’s how it works with us” after it’s clarified of his knowledge that she saved Glenn.

What kicks off the intrigue in this episode is the introduction of Gabriel, a Catholic Priest atop a boulder surrounded by Walkers. The two things that bothered me the most were that after five years, why is the group still running blindly into situations, and why wasn’t Carl yelled at for wasting a bullet? With the odds highly in favor of living, Carl was the only one to fire his weapon (aside from Daryl’s silent crossbow). Even though Michonne doesn’t have her samurai sword anymore, she still chooses to bash Walkers to death as opposed to shooting at them. Bullets in the apocalypse are worth as much as printer ink is today, and it’s been bugging me ever since. 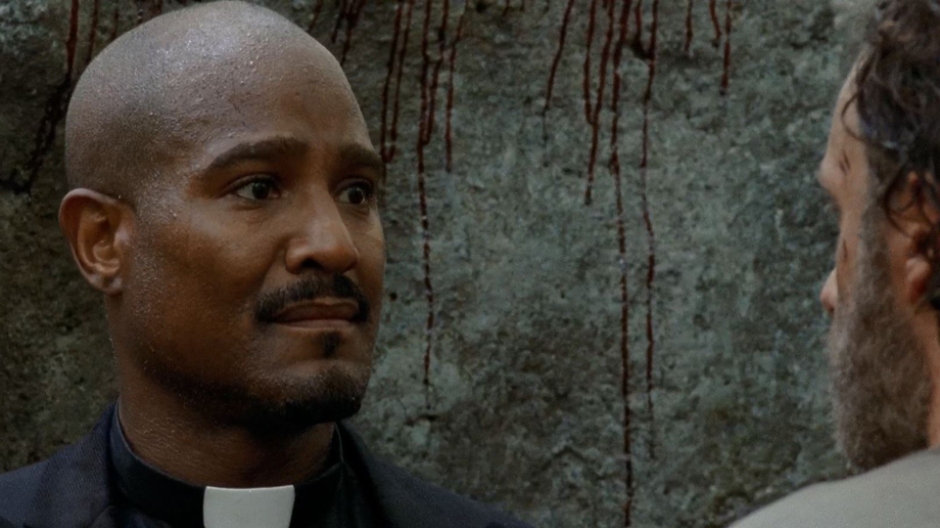 I will say that Carl seems to be maturing more and more. When Rick sat him down in the church and explained why he needed to stay to help Tyreese, I really expected to see another annoying tantrum from Carl. Instead, we not only got a quick “yes” from him, but a legitimate reasoning behind why he felt like their group should be helping other people. It’s a youthful ideology that very few people have in this world, and it’s nice to see someone maintain that sense of humanity nonetheless. I wonder if Season 5 is going to be the season that breaks that spirit.

The food pantry scene was the standout moment of “Strangers” given this episode largely lacked Walkers compared to “No Sanctuary.” There is something extra creepy about a waterlogged corpse that’s hard to look at. One of my favorite memories from the farm was when Glenn was lowered into the well to kill the bloated zombie. It’s been a long wait to get zombies in the water again, and we got some here as well as hidden ones.

Two episodes in and I couldn’t be more pleased with the ending sequence. Having Daryl and Carol race after the car that kidnapped Beth caught me by surprise. The long speech by Abraham was moving, and it was nice to see everyone full of hope. That hope is quickly taken away when Bob is kidnapped. How freaking unnerving was it seeing him tied up, watching his own leg being eaten by Gareth and other post-terminus members. Holy, freaking, crap!

“Strangers” did an excellent job of further digging into the inner workings of the core cast, while introducing a new location and a purpose. Having Gareth back on (and eating) their heels and Gabriel introduced were both great additions to the story, and it only makes me want to keep watching.

What did you think of “Strangers?” Did Bob get bitten, and will Gareth and company get sick on account of it? Will Rick’s team make it all the way to Washington? Is Gabriel not a priest at all? Sound off in the comments below. 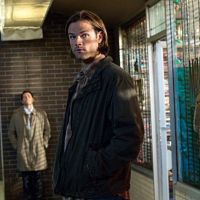