As Ollie descends deeper into the League’s operations, the rest of Team Arrow work hard to save their city.

I voiced my concerns last week that Ollie’s return to the good side had been signposted, but as it turns out, he never really left. Ollie’s plan all along had been to fool Ra’s into believing that he had fully accepted the path set out ahead of him, and to do this he had to really cross the line and drive away the people he loves the most. The part I enjoyed the most out of this was that Ollie had come up with this plan along with Malcolm. I really enjoy Malcolm’s presence on the show, but since becoming a sort of anti-hero, there hasn’t really been much of a place for him on the show. Hopefully that’ll change soon enough, and I wouldn’t mind seeing him returning to a more villainous role in the future.

The action was really on point this week, with a full scale battle between the League and Team Arrow (sans the actual Arrow) being the highlight. It was great seeing Malcolm, Diggle, Laurel and new arrival Katana kicking ass alongside each other, with the late appearance by Ray being the cherry on top. My only concern is that the League of Assassins hasn’t really seemed that capable so far. Ollie got his ass handed to him by Malcolm several times in Season 1, and there have been several other occurrences where the League has looked too strong. Here, though, they were dropping left, right and center, with even Laurel (who struggled against a mugger last week) taking on multiple opponents at a time. I’m all for our heroes taking out a lot of bad guys, there just needs to be a little more consistency.

The highlight of this fight was definitely Tatsu (as “Katana”) taking on Maseo. While the flashbacks haven’t been up to a really high standard throughout the season, Tatsu and Maseo have been good additions to the show. Their struggle to survive with Ollie and subsequent loss of their son Akio has been the main reason why the flashbacks have still been worth watching. Maseo especially struggled after Akio’s death, and we learned that it was he who delivered the Alpha/Omega virus to Ra’s to buy himself into the League. All that was left was for husband and wife to fight, with Tatsu coming out on top and “freeing” Maseo from the pain he has endured. 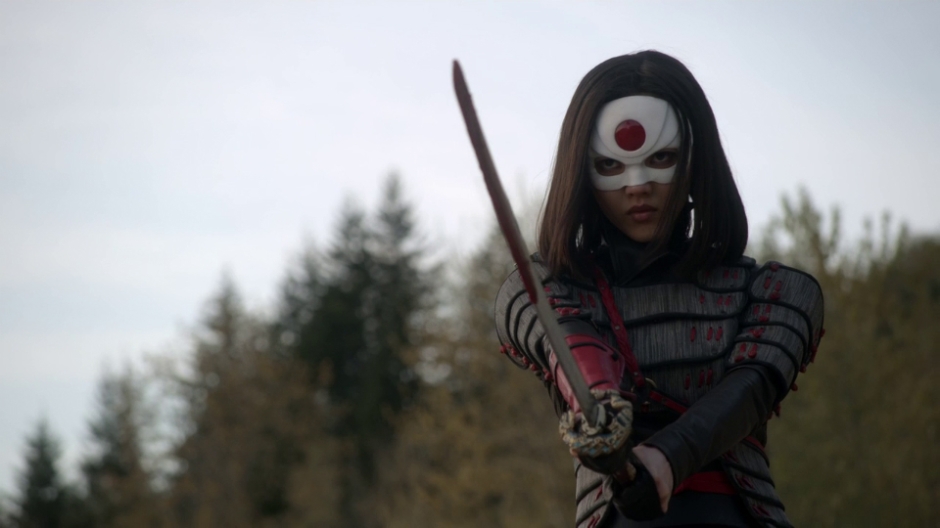 Completely separate from all of the League action, Thea wasted no time in tracking down Roy. This could have felt like a distraction from all of the action, but it ended up being something that really had to happen. I expected Roy to take a little break from the action before returning at some point, but this genuinely felt like a proper goodbye to the character. I’m not saying we won’t see Roy ever again, but this felt pretty definitive here. He said goodbye to Thea and left her during the night, while also leaving behind his Arsenal gear. His farewell letter to Thea also strongly hinted that Thea would be better off donning the gear herself, which is something I’m all for. It’d be the natural progression of her story. I’m sad to see Roy go, but in an increasingly crowded show, he was starting to get a little short-changed plot-wise, so he got to leave on a strong note.

All that was left in the episode was for Ollie to allow his friends to die and marry Nyssa, which is exactly what appeared to have happened! As cliffhanger endings go, it was a particularly good one, but of course there’s no way in hell that Ollie allowed his friends to get exposed to the Alpha/Omega virus. My guess is that he has somehow already vaccinated them, or he simply switched around the vials. “This is Your Sword” featured some strong moments of action and some even stronger drama between Ollie and his teammates. I’m wondering if there’s any way he can fully earn their trust back in the short time we have left this season.

Do you think Ollie can possibly win back the trust of his team before the end of the season, or will Team Arrow be fractured heading into Season 4? Tweet me @OldSnake24. Also, be sure to follow us @YouNerded!